One of the numerous big displays at BRICK 2015 was a minifigure scale version of Selfridges, designed and built by Lee McGinty. To help raise money for Fairy Bricks, each of the windows in the model were allocated in a silent auction, in which yours truly took part. 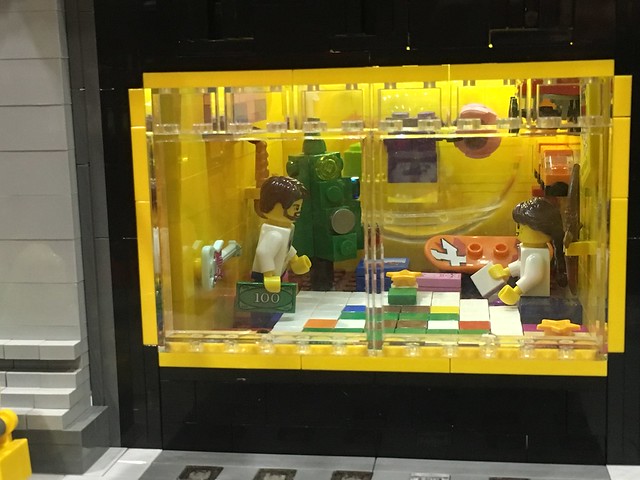 Each of the windows had space for a room measuring 14 studs wide by eight bricks high (I think), with no restriction on depth. I didn’t have much time to something together, but I did and it was interesting to see other people figure out – in some cases guess – which one I made.

There were 14 windows in total, and visitors to BRICK 2015 voted for the best one out of them. Coming out on top was this design that clearly thought out of the box (and I’m mad I didn’t think of doing something like it!) by Elspeth: 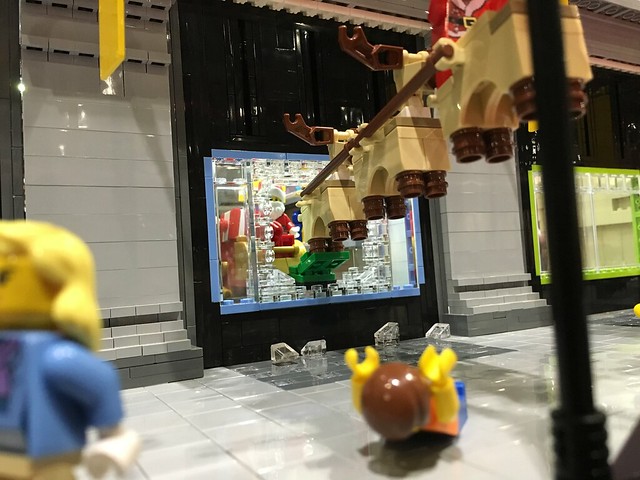 A very close second was this incredibly impressive Power Functions build by Huw of Brickset:

As for me, considering I had an unconventional window display, I ranked sixth. More important to me than winning was doing something for charity, and that’s the truth.