As mentioned in my Bluewater post, we’re going to condense the final three stores on SilentMode’s Store Crawl 2017 into one post. Why? Because they’re all in London, and my experiences at these stores were fairly similar.

Although the last day involved visiting four Lego stores in a row, it was actually a quick process. It’s possible to visit all three London stores within a few hours. 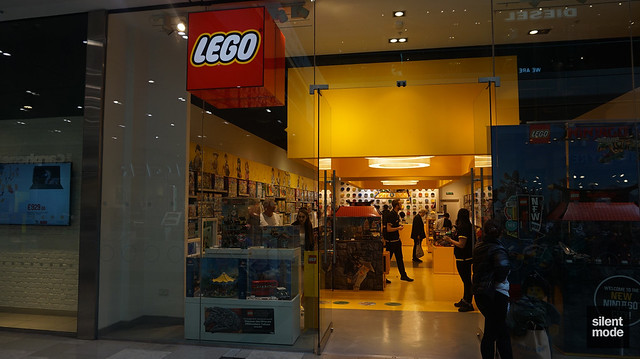 Since making that comment about the Lego logo being directly above the store doors in London, they’ve gone behind my back and redesigned everything. Or, heaven forbid, I was actually wrong.

Anyhow, the Stratford Lego store is located inside the Westfield Stratford shopping centre, and is more or less a direct route from the entrance. John Lewis, The Entertainer and Argos are in close proximity. 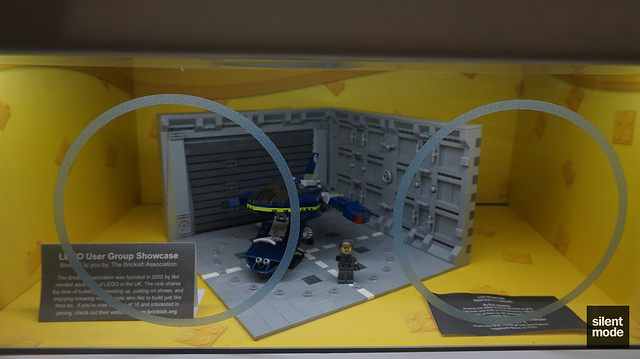 On display in the Stratford showcase is Neophyter F-7 Tiktaalik by the famous Are Heiseldal. The colour scheme of the spacecraft looks familiar, but I can’t put my finger on it.

The Pick-A-Brick (PAB) wall at Stratford.

The videos are here for convenience, but if you’re having problems making out the parts, check out the dedicated Flickr album. 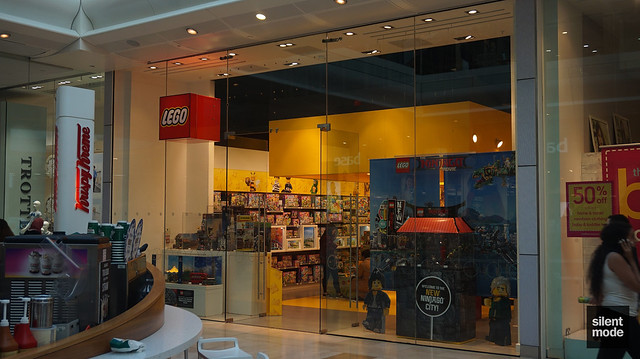 The store in the Westfield shopping centre in Shepherds Bush was the first to open in London. At the time the Westfield in Stratford didn’t exist, which is why this store is (confusingly) named London Westfield.

The Shepherds Bush store is the one I visit the most, although Stratford is geographically closer to my workshop. If you plan on visiting, be very careful of Soap and Co.: they trick unwary people into buying their products. 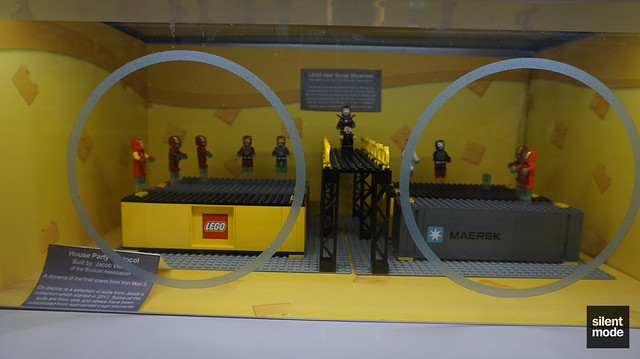 Jacob Walker’s House Party Protocol graces the Westfield (Shepherds Bush) showcase, and has been there for quite a while. It’s meant to depict a scene from Iron Man 3, but may as well be a showcase of Iron Man minifigures. (Is there one missing?)

The Westfield (Shepherds Bush) PAB wall has its own dedicated Flickr album, as you’ve come to expect. 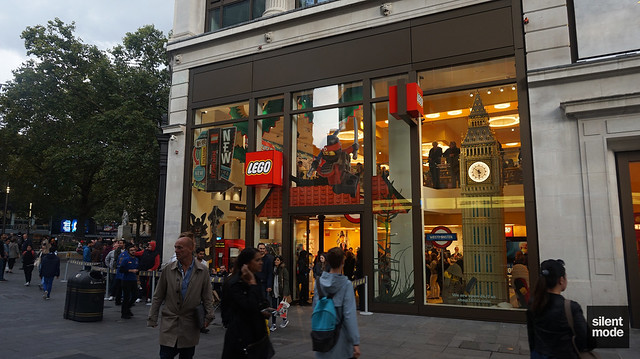 Arguably the new flagship store, the Leicester Square store is the biggest in the UK, and the only one with multiple floors. You’ve already seen coverage of the store either online or on TV, but since its grand opening it’s become a magnet for tourists and casual fans of Lego.

The last day of the Store Crawl also happened to be the eve of the UCS Millennium Falcon launch. Usually there’s a queue to get inside the Leicester Square store, but this time the queue was full of people waiting to buy the set. People visiting the store could go right in, it seemed.

You won’t be surprised to learn that scalpers were on the ball. Sets were listed on feeBay the next day for at least GBP 700, with one listing asking for over GBP 1,000.

I’ve been in queues for grand opening events, but limited my involvement to three hours in advance. We had people queuing since the previous afternoon for the largest and most expensive set ever produced. Hey, at least it’s more dignified than queuing for, say, another iClone. 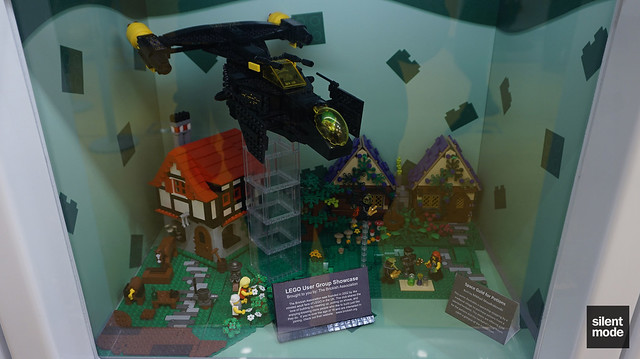 The Leicester Square store is the only store that kept the larger showcase space, as shown here. Even so, it took a while to spot it in the store, because of its modified backdrop.

Here’s Space Gold For Potions by Mikhail Moudrakovski. This shows an unusual interaction between people of the Castle and Space themes.

There’s a dedicated Flickr album for the Leicester Square too, would you believe. All the photos of the PAB wall are in there.

Thoughts about the stores…

Of the three London stores, only Leicester Square hadn’t been emailed beforehand. In any case, here’s how my visits went down.

The Stratford store was more or less as expected. At one point I enjoyed going there more than the Westfield store, but it appeared to have a fairly high staff turnover. I didn’t recognise anyone during the visit, and they appeared to be indifferent.
I did find myself being annoyed while a staff member stamped my passport. They took it upon themselves to flick through the pages, before asking, “have you got any from other countries?”

I had expected slightly better things from the Westfield store, given it’s my “home” store. Alas, the staff appeared to be completely oblivious to the Store Crawl. Like at Stratford, me taking my jacket off to reveal the promotional shirt had no effect.
To make matters worse, the person who stamped my passport assumed I wasn’t from London. However, to their credit, I was also given the Ninjago stamp.

Then there was the Leicester Square store. Naturally the Store Crawl would have been overshadowed by the UCS Millennium Falcon launch, but it was brought to a staff member’s attention through an acquaintance who happened to be a FOL.
Unlike at the other stores, the staff member insisted on taking my passport and going to the checkout to stamp it. I’m honestly not sure if it was deliberate or not, but they ended up ruining the pristine sequence.
Other than that, the other staff appeared to be friendly, given how crowded the store was. In general, more of the attention was given to my acquaintance (who has a much louder voice), and I was very much left alone.

I should note that there was a Leicester Square staff member who knew of the Store Crawl. It just so happened they weren’t in the store on the day.

And so it ends.

That concluded SilentMode’s Store Crawl 2017. I left the Leicester Square store and headed uninterrupted back to the workshop, where I celebrated by… going to bed.