Last weekend I took part in the second annual fundraising event held by Farnham Assist, held at the Aldershot Rugby Club in deepest Surrey. I was honoured to have been invited back, along with other AFOLs who lived closer to the area.

Farnham Assist is a local Christian-based charity that supports older people, with the aim of preventing isolation from others. Isolation is an increasing problem, whether as a result of the generation gap or the “me me me” culture, and so it made sense to be a tiny part of the solution. 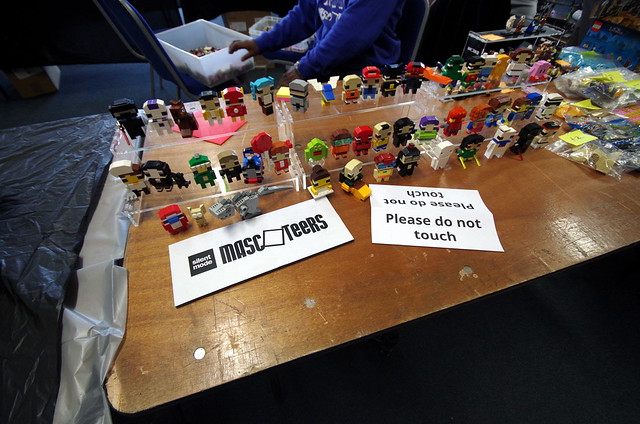 My contribution was a small handful of these never-been-seen-before miniature brick-built figures, going under the Mascoteers label. I also had a bunch of minifigures and other items to sell, as did most other people!

Though it was a short fundraising event, I thought it went incredibly well, and so did the organisers. A huge thank you to everybody who stopped by and bought something from me, as well as those who liked my never-been-seen-before figures.

For those interested in the other LEGO models on display at the event, Andrew Danieli (from Brickish) was on photo duty this time, and has uploaded a Flickr album for your perusal.